A Tale of Two Wives

According to my mom, my dad married two women on the same night.  One of them was my mom, the other was his real love.  This my mom told me, and of course I didn’t fully believe her.  That’s so crazy, like something out of a television drama! 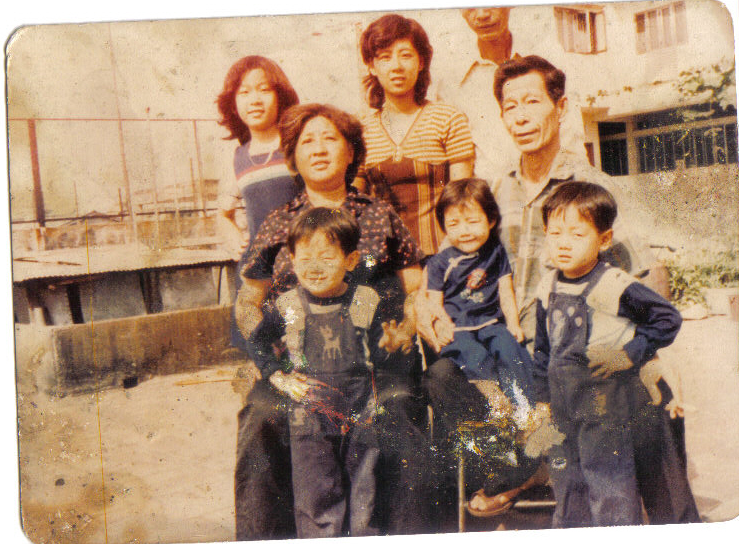 (old family pic with youngest aunt, mom and dad,
grandma and grandpa, and us kids)

It was in Cho Lon, a city near Saigon, around the mid 70s.  My dad was a poor man living in an apartment on the fourth floor of a run down complex that serves as a temple to Guan Yu Gong, the god of War and Righteousness.  For the free rent and a meager salary, he had acted as the undertaker for the temple.  But when the communists took over, the organization that owned the temple could no longer pay him, and he had to find other means of income.

Nga, the woman whom he loved, was the sole daughter of a wealthy family, the youngest sister with five older brothers.  Because of the communist revolution, all their wealth was stripped away.  Her mom had left her tons of jewelry, and Nga would make the occasional trip from her smaller village to the big city to pawn them for money.

She was introduced to my dad by a mutual friend, and he helped her find buyers for her jewelry.  My dad was great at making friends, and had a lot of connections.  He was also the most honest and trustworthy person anyone could ever meet.  Perhaps those were some qualities that made her fall in love with him.

So they started their love affair.  And even though my dad didn’t have much money, she didn’t care.  He didn’t have much family either, but he had many friends who loved him, and together they pooled their resources and bought gifts and went to the village where Nga’s family lived to ask permission for her hand in marriage.  But, because my dad was poor and didn’t have a promising future, Nga’s father rejected him.  My dad was not worthy of marrying his daughter.

So that was that.  Maybe they dragged their love affair out a little longer in secrecy, but the relationship was going nowhere;  My dad couldn’t make Nga his wife.

One response to “A Tale of Two Wives”