I am going out of town for about a week and decided to create a little treasure hunt puzzle to amuse the fiancee while I’m gone. Here is what I came up with:

Before I head out the door, I put a little sign on the drawers next to the bed that says “Look inside baby!” Opening the drawer, she’ll find a rubik’s cube that she has to solve. 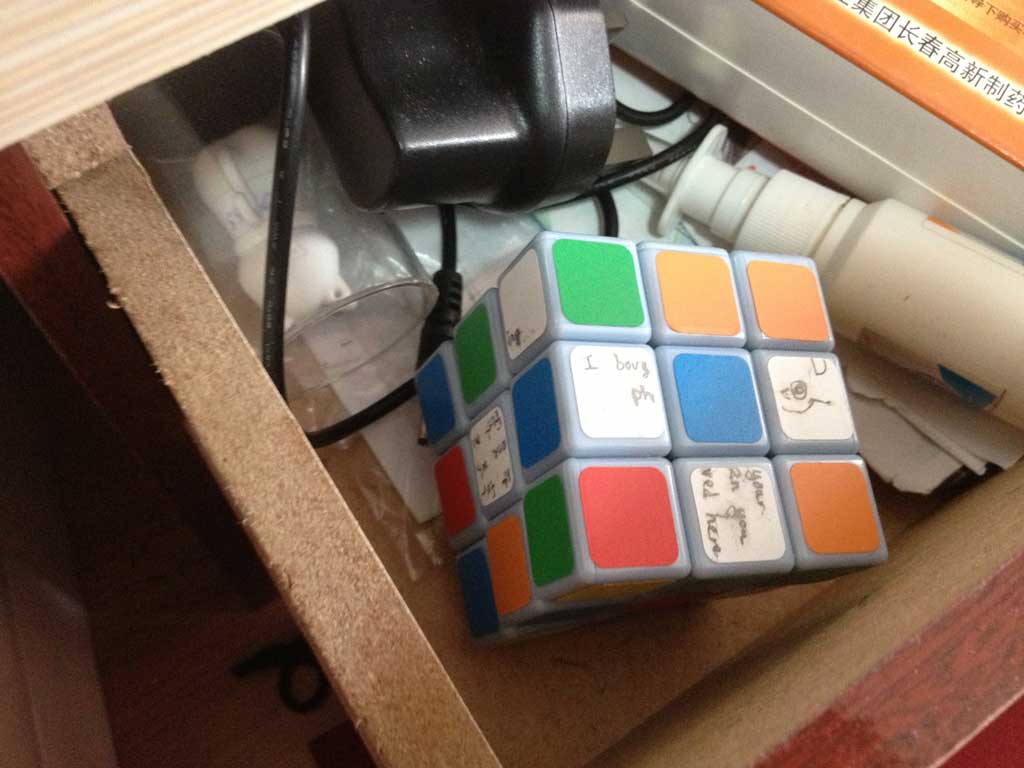 Once she solves the puzzle she can read the message that says “Look for the thing I bought for your phone when you first moved here”. 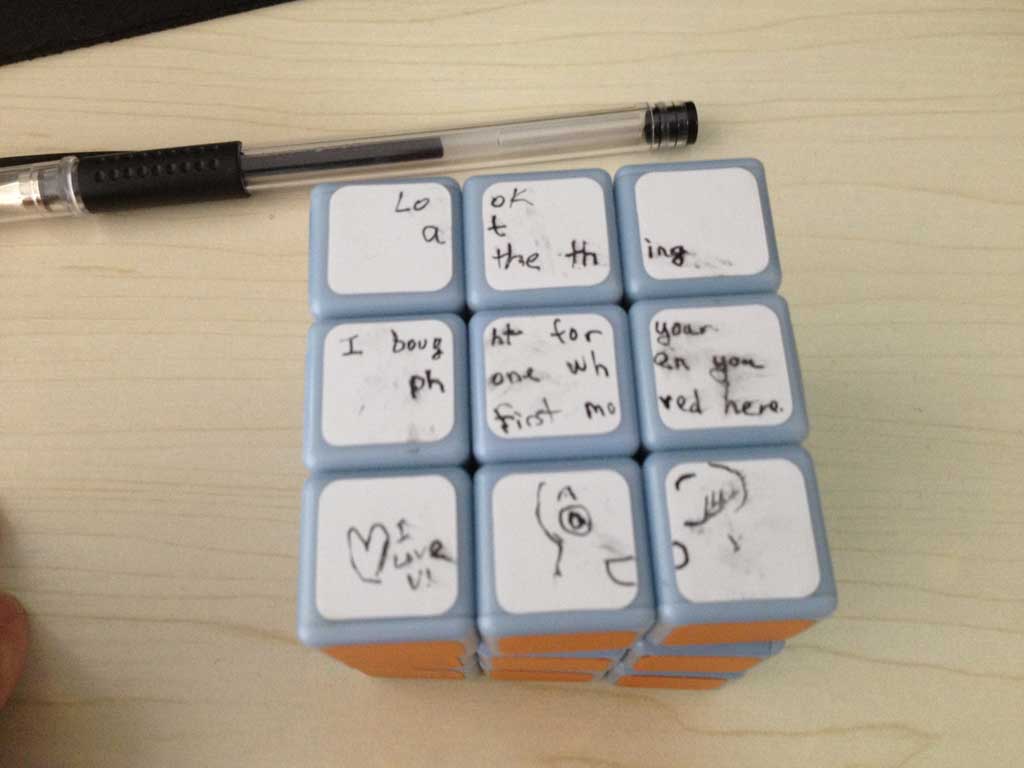 Which is that little cute creature on the shelf winking. 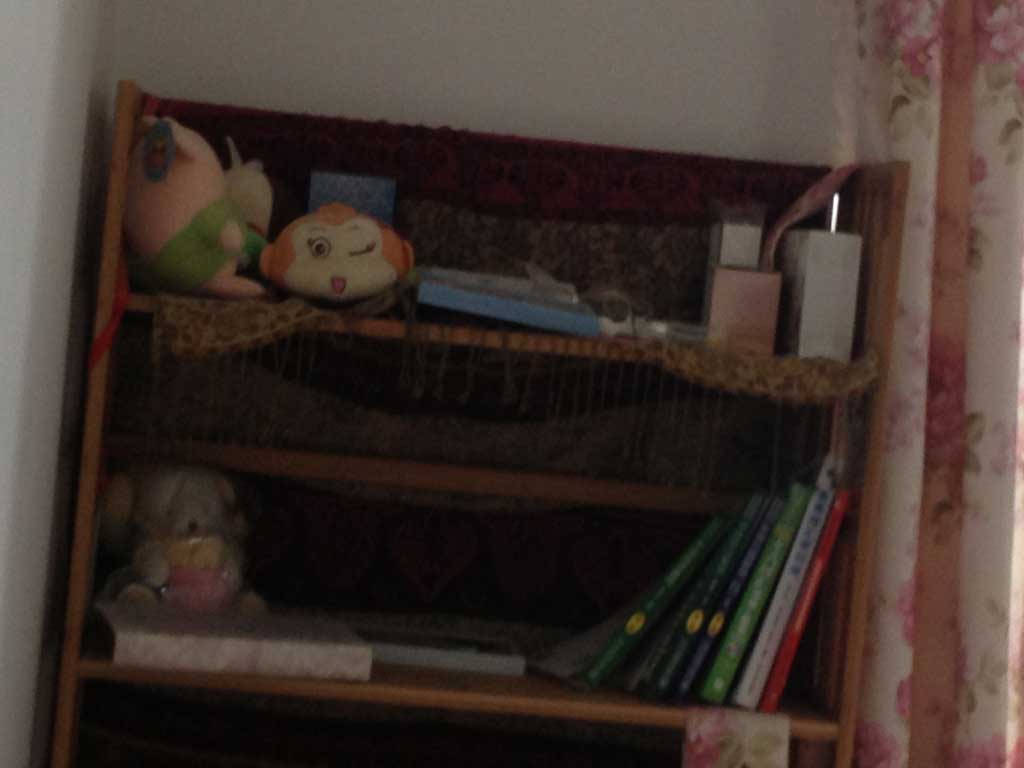 Inside the little guy there is this piece of clue. 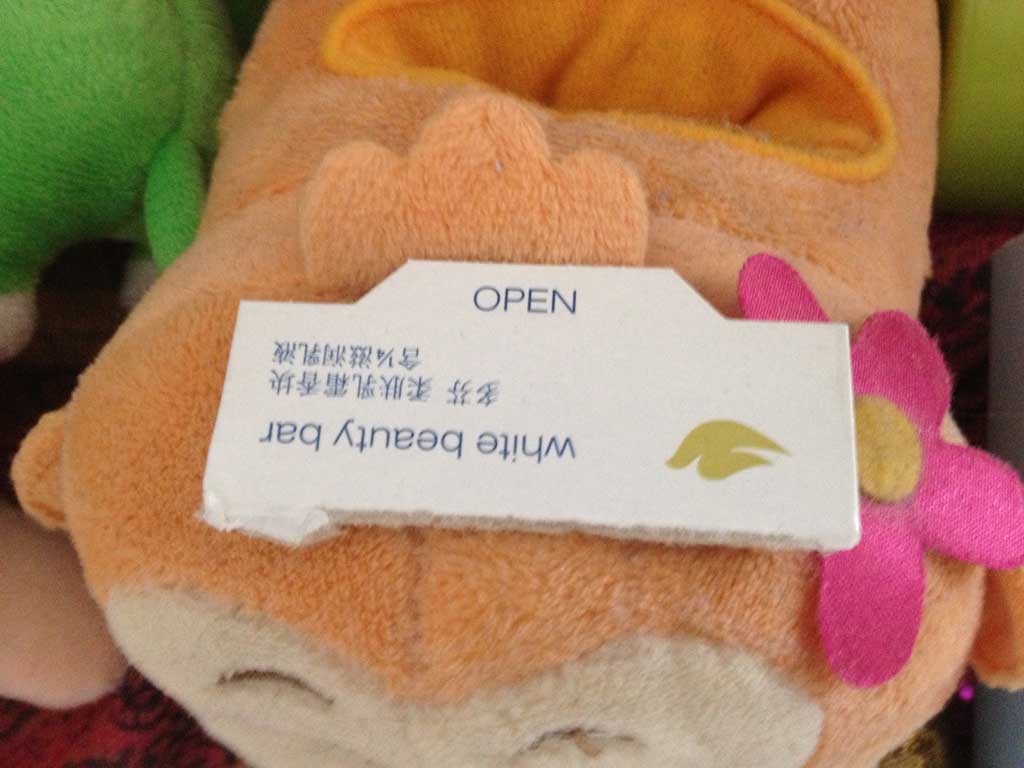 On the back it says: 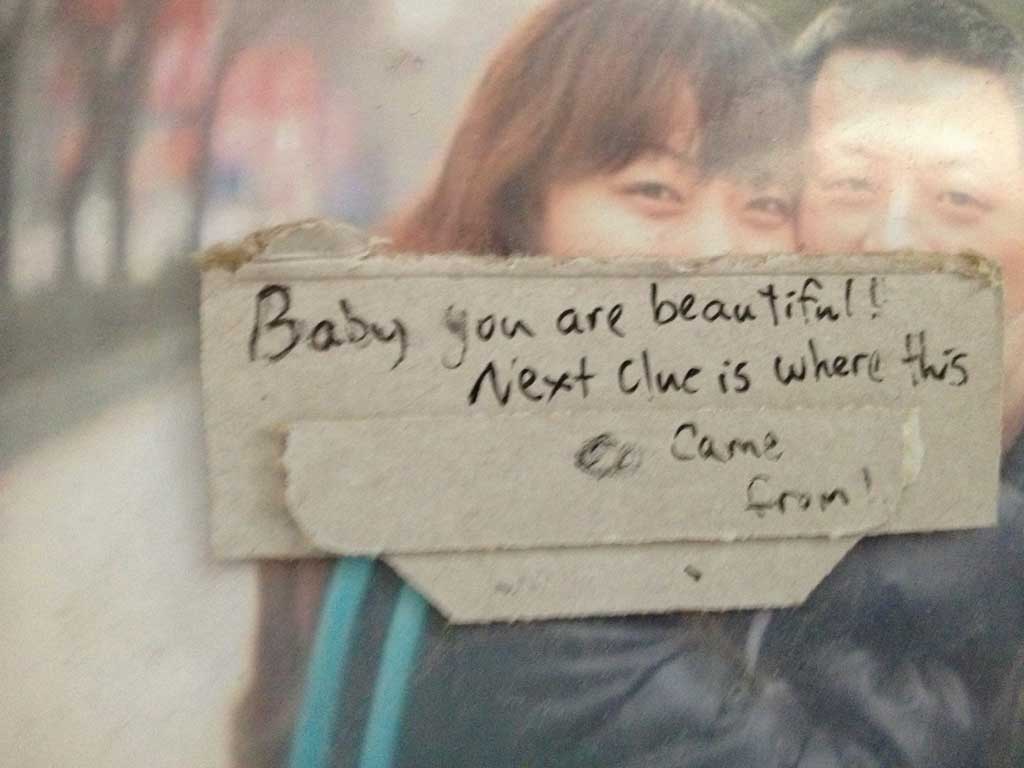 She’ll have to figure it out it came from this soap box in the bathroom. 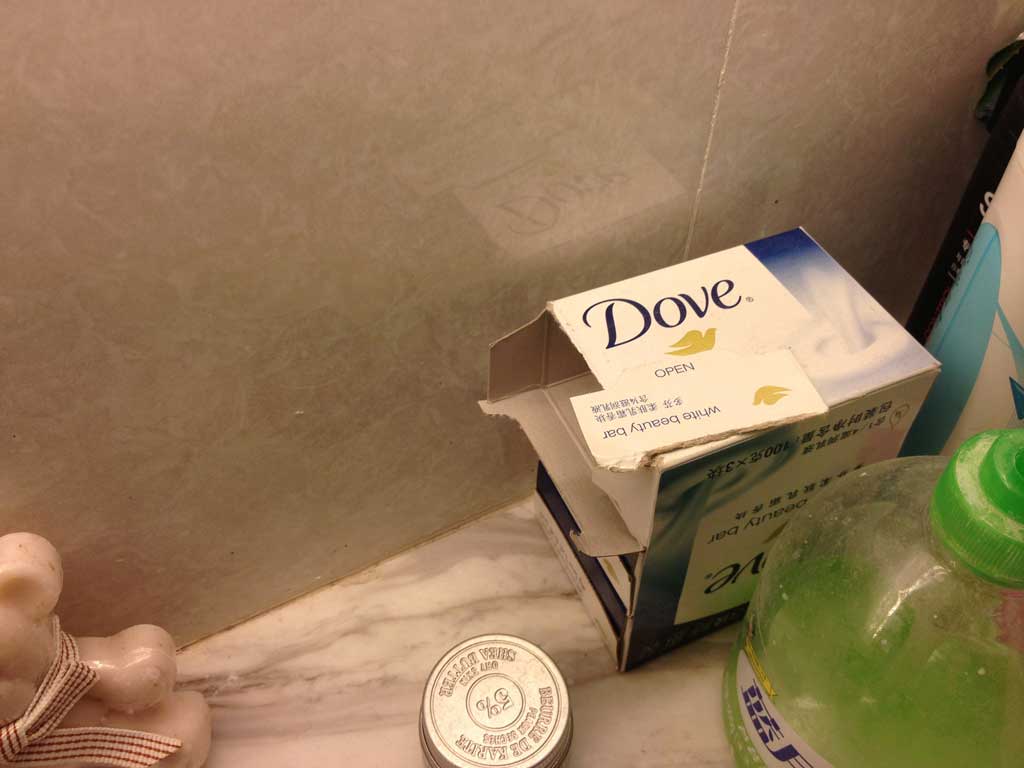 Inside the box is the next clue. 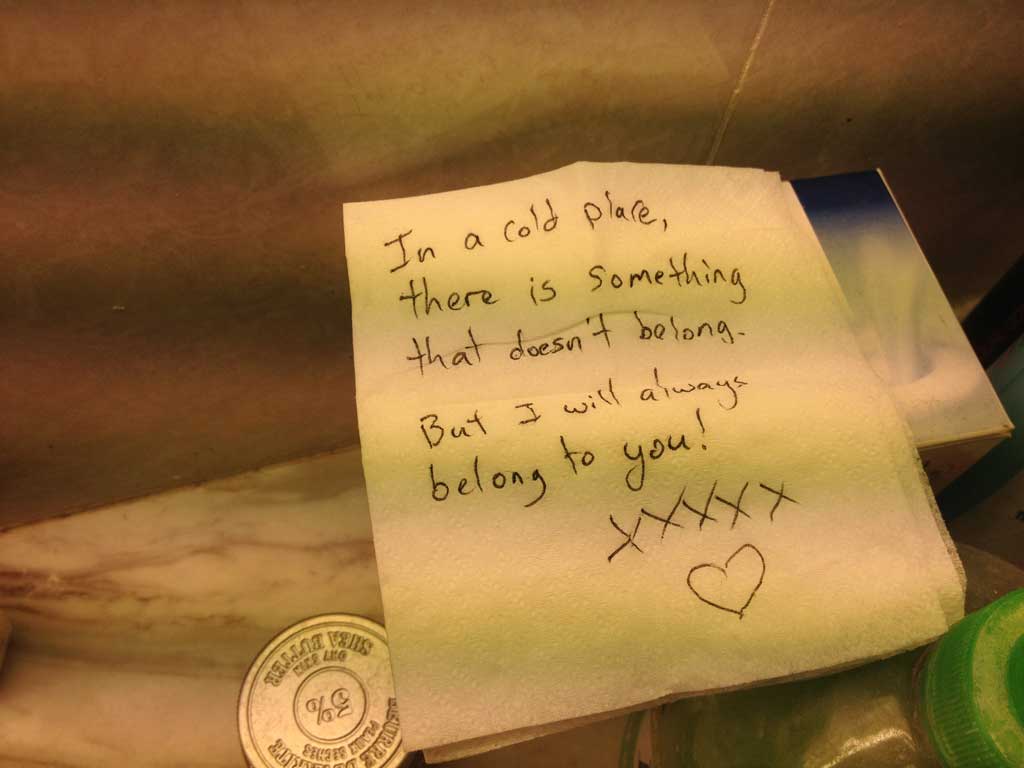 The cold place is the refrigerator … 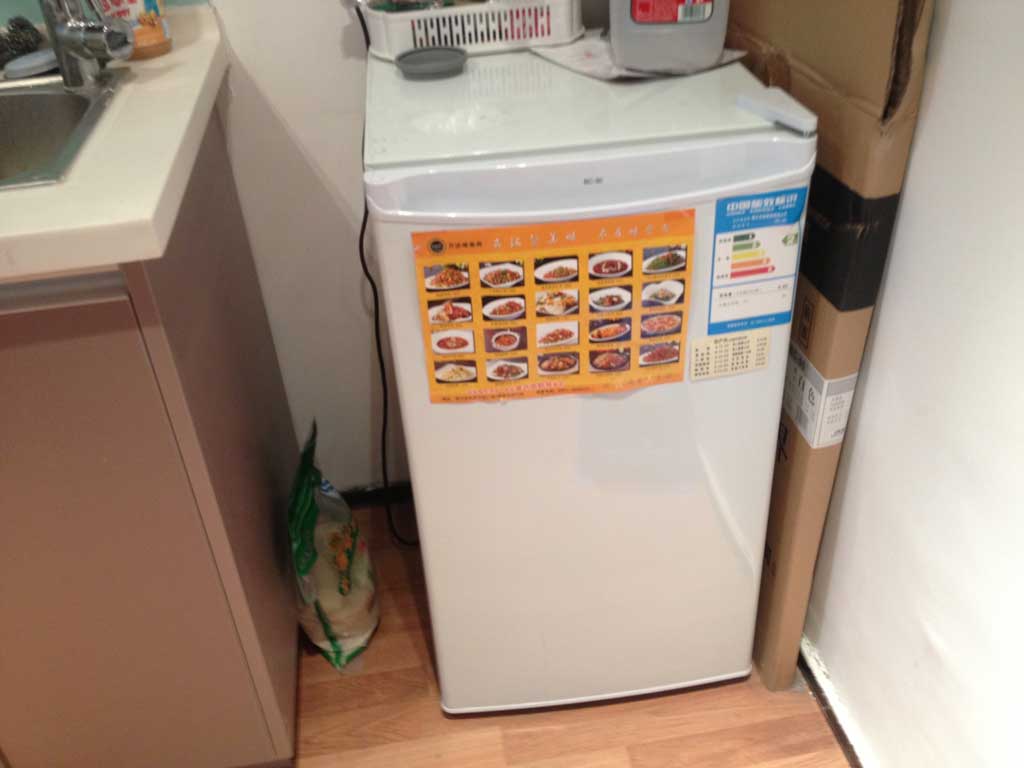 Inside, the thing that doesn’t belong is the box of tissues (the previous clue was also written on a tissue from this box). 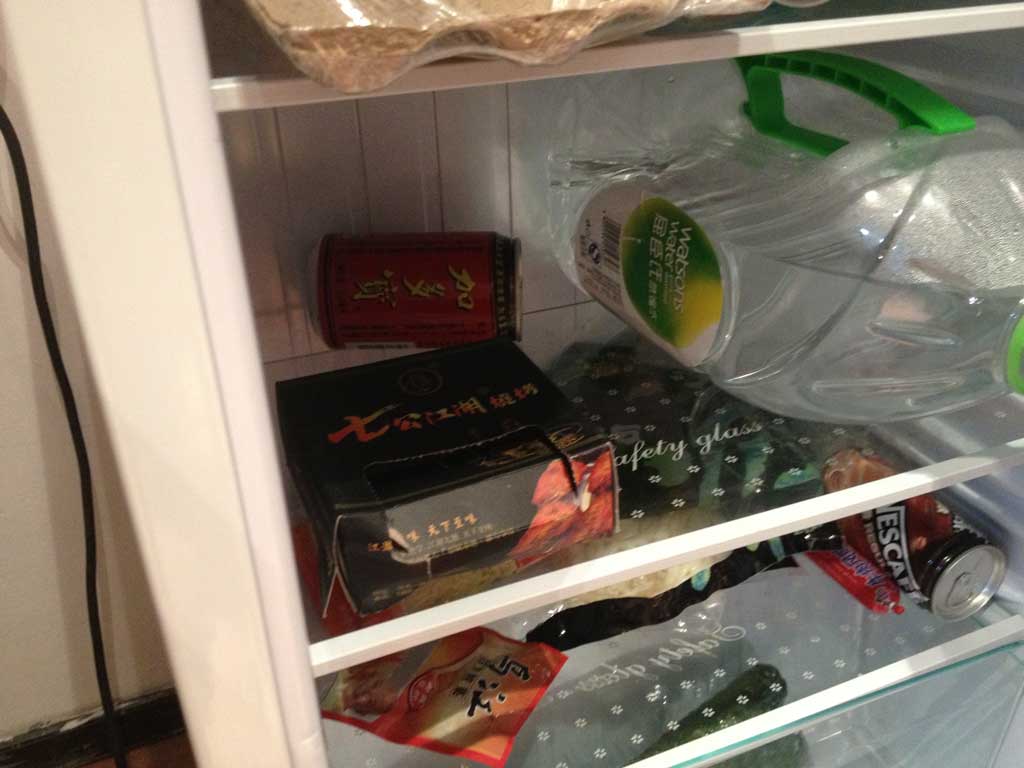 There is this clue inside the tissue box. 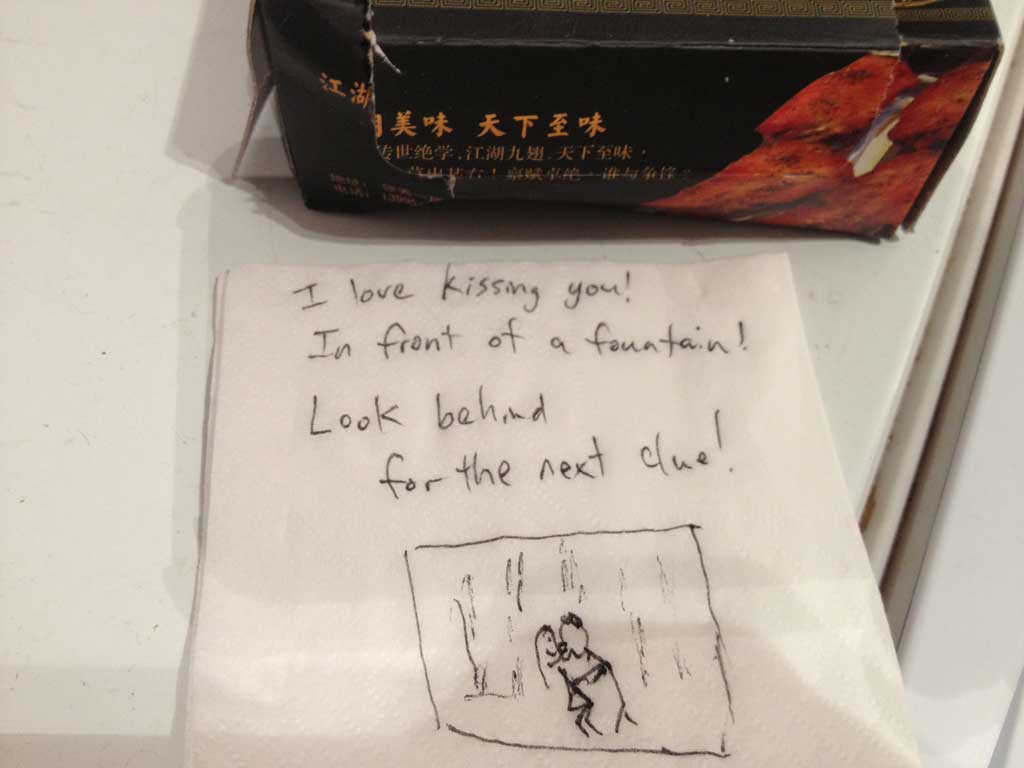 Which she should figure out points to a photo on this wall. 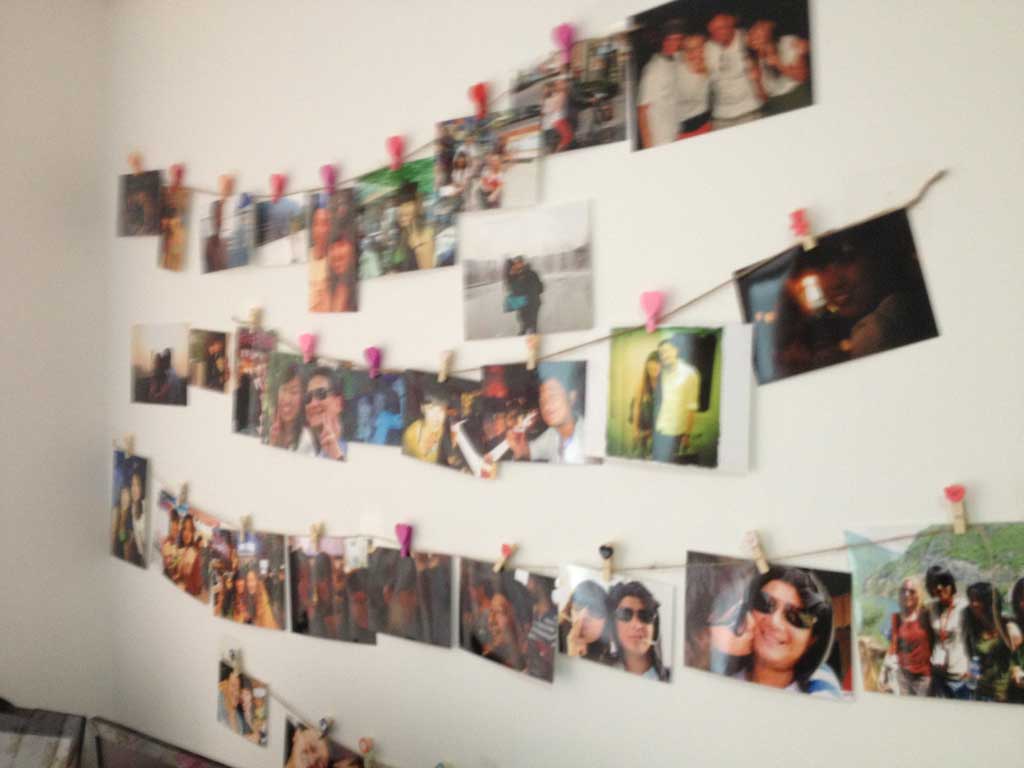 This photo in particular. 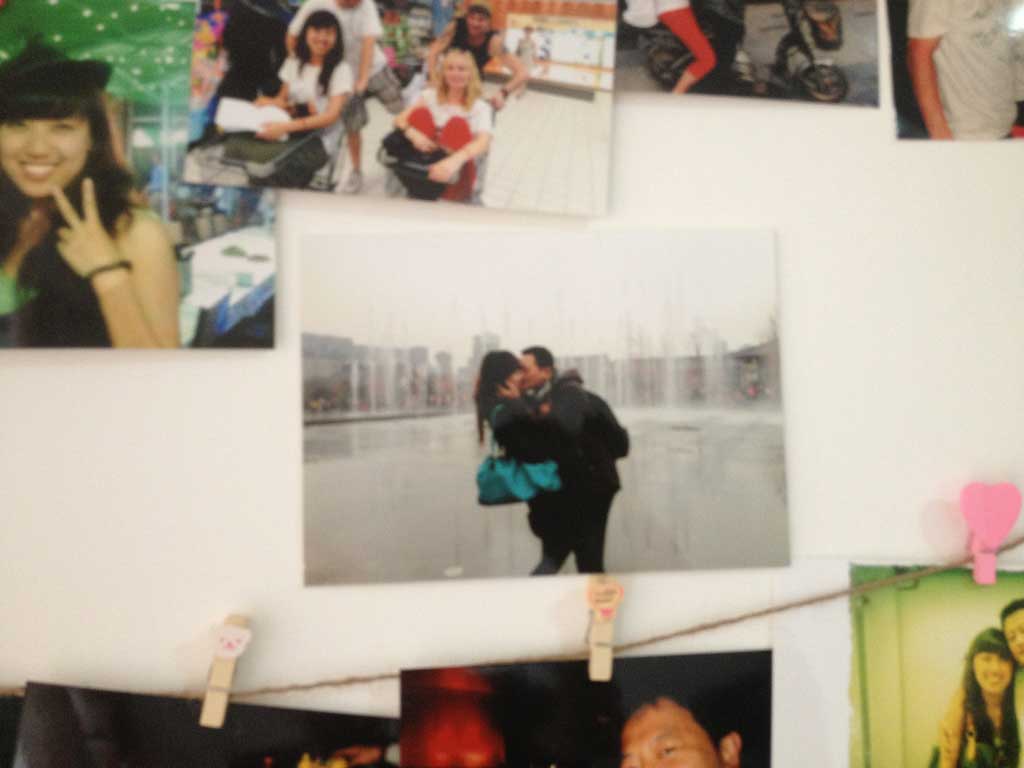 One the back of this photo there is this crude map :o) 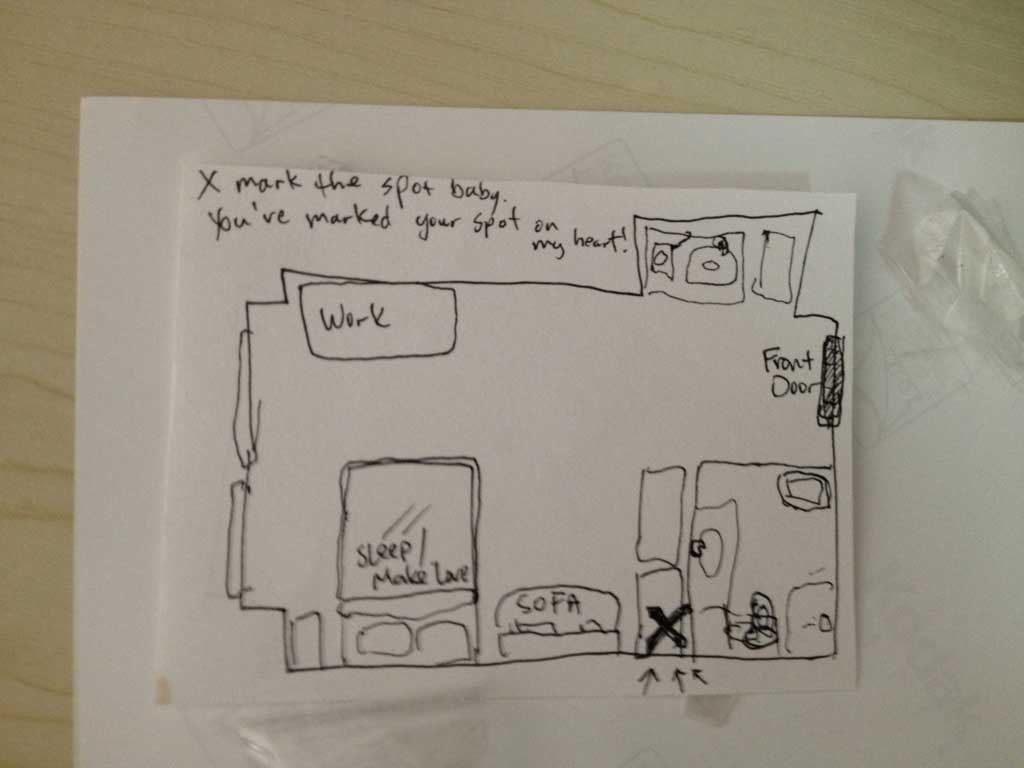 She should figure out that the X points to those boxes above that cabinet in the corner. 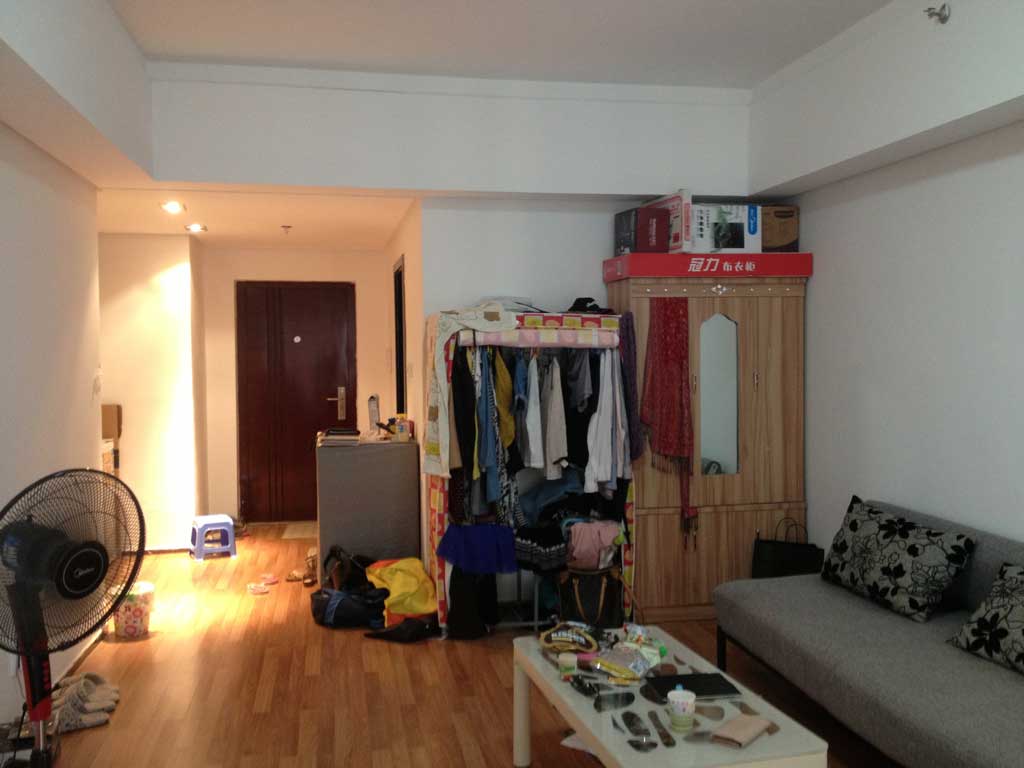 Hidden behind those boxes she’ll find her prize. 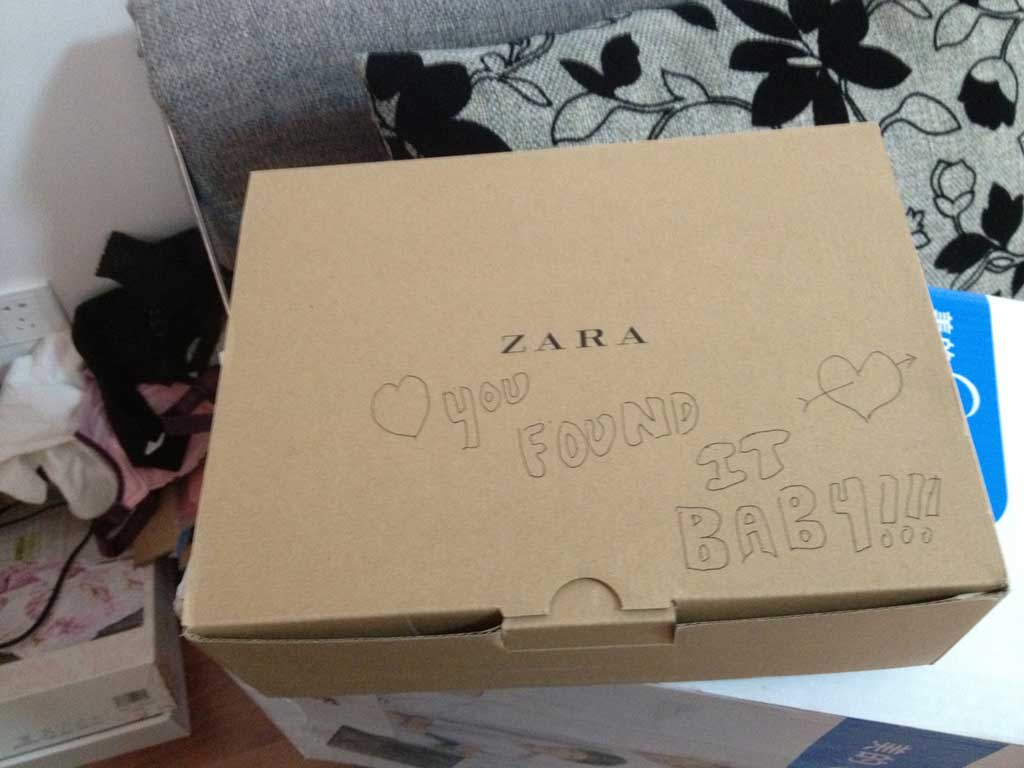 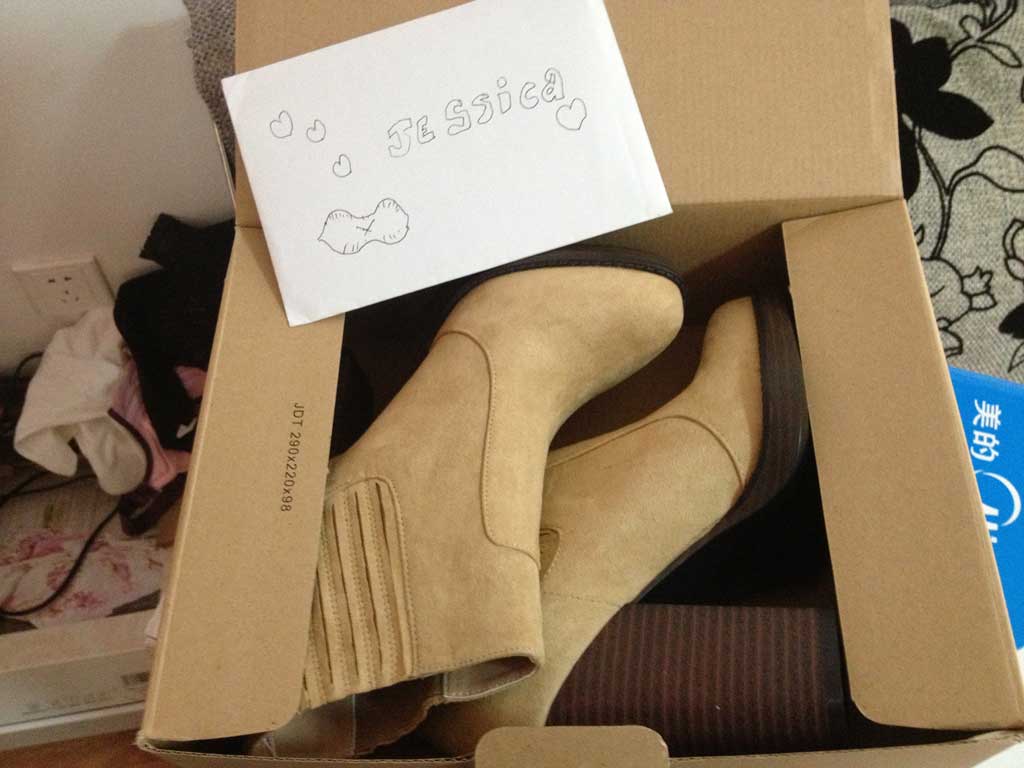 This is what the card says 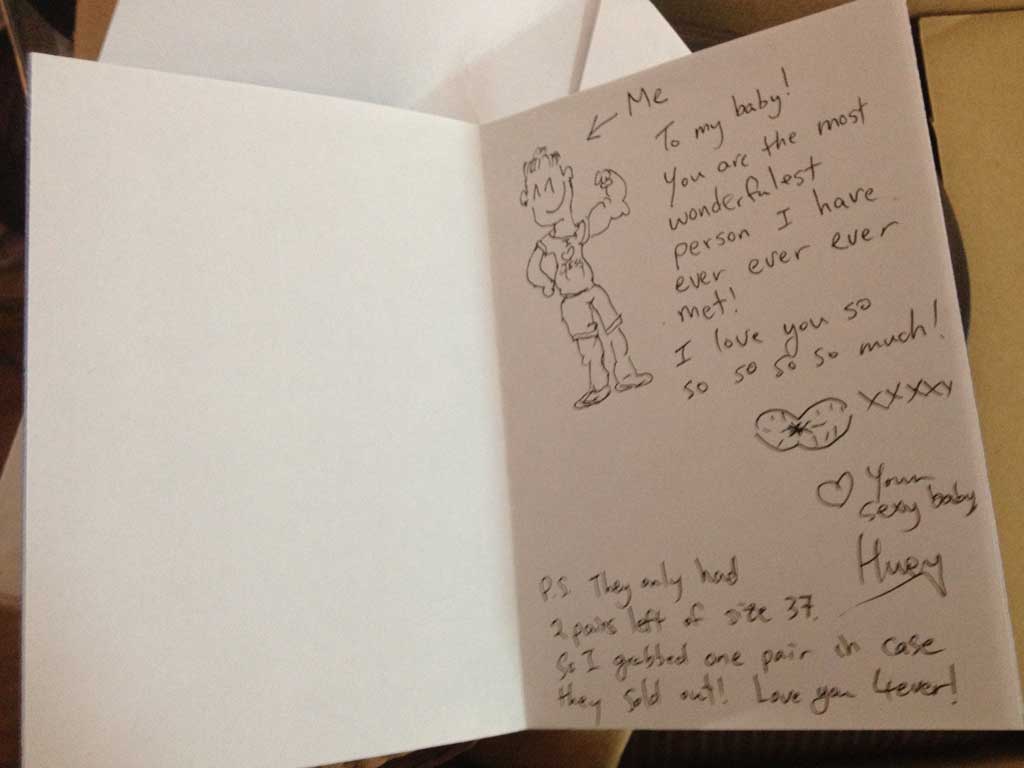 This only took me a couple of hours to think up and implement.  But hopefully she’ll get a kick out of it! Heehee

One response to “Homemade Treasure Hunt”