Lots have happened since I wrote the last entry.  I left Virginia on May 26, taking a twenty hour flight on Air Nippon to Hong Kong, with a layover in Tokyo.  Spent the weekend in Hong Kong, stayed at a hostel called “YesInSpace” in Mongkok for around $40 a night.  Paid for two but ended up staying there only Friday night. 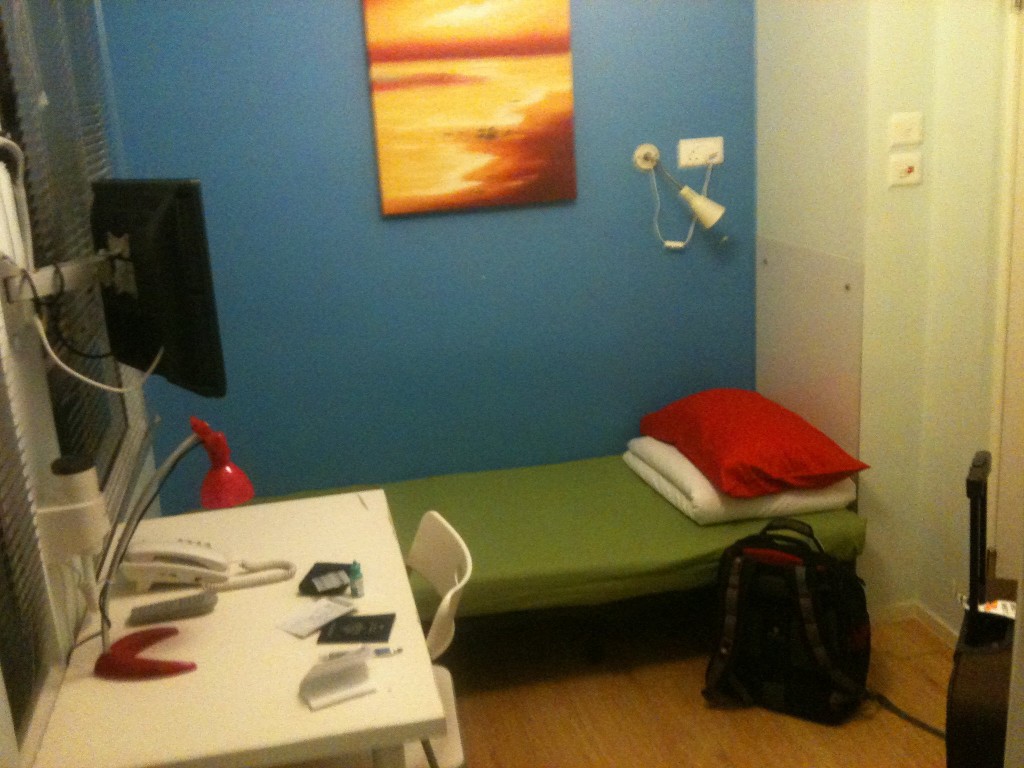 On Saturday, met up with Ben Chang from Austin and we decided to go to Zhuhai on a whim.  We were going to hop the border over to Macao but didn’t realize the gates closed at midnight.  We ended up staying in Zhuhai and singing karaoke then hitting a few bars on their famous Bar Street.

Left Hong Kong that Sunday and took the final flight to Xi’an, where Jing was waiting at the airport and we rode the bus to the city for about 30 RMB each.

Jing’s two-bedroom apartment is a ten minute walk from the Bell Tower, on the East side of the city.  It’s actually more spacious than I anticipated! 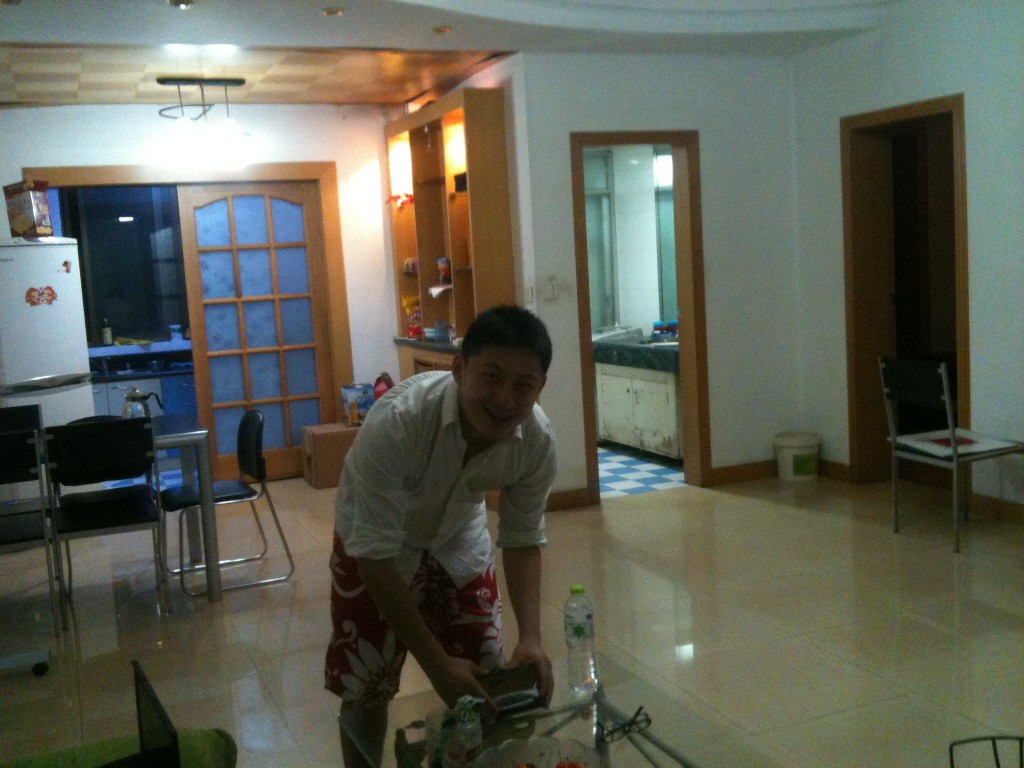 Xi’an took a bit of getting used to.  The city is noisy and crowded, and the air is muggy and dusty and squalid.  You rarely see blue skies, unless it had rained the day before.  My sinuses were all congested and I got sick the whole first week here.  And some douchebag neighbor kept starting renovation work on his apartment way early in the morning.  The sound of power drills would wake up the whole neighborhood.    And the traffic sucks and the taxi drivers are rude and almost nobody speaks English even though they all had supposedly studied it in school.

Sometimes, during those first few weeks, I wondered what I’ve gotten myself into.

But now, a little over a month later, things are clicking and falling into place.  My body got used to Xi’an and it isn’t miserable anymore.  I’ve even joined a gym and started working out again!

Xi’an itself is quite unique, and beautiful in its own way.  I love the mixture of old towers and fortresses with modern skyscrapers and high-rises.   I love being able to eat traditional Xi’an food on the street one night and gulping down a latte at a Starbucks the next. 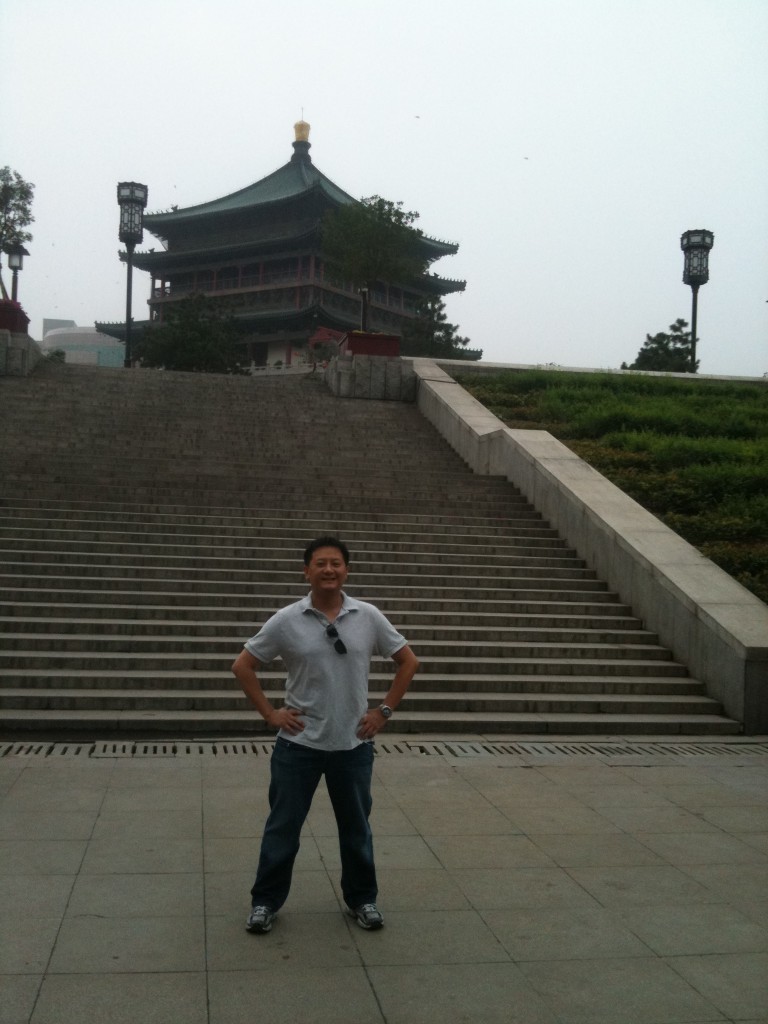 I love seeing the daily lives of Xi’an away from the touristy areas.  Old ladies playing mahjong in their tiny courtyards. Little children chasing each other in alleyways.  Shirtless men chatting away on the street smoking their cigarettes or downing their beers.  There’s even this awesome area where people would gather to play Chinese chess, just for fun, no gambling involved.  I attempted to play last week and got my ass handed to me! 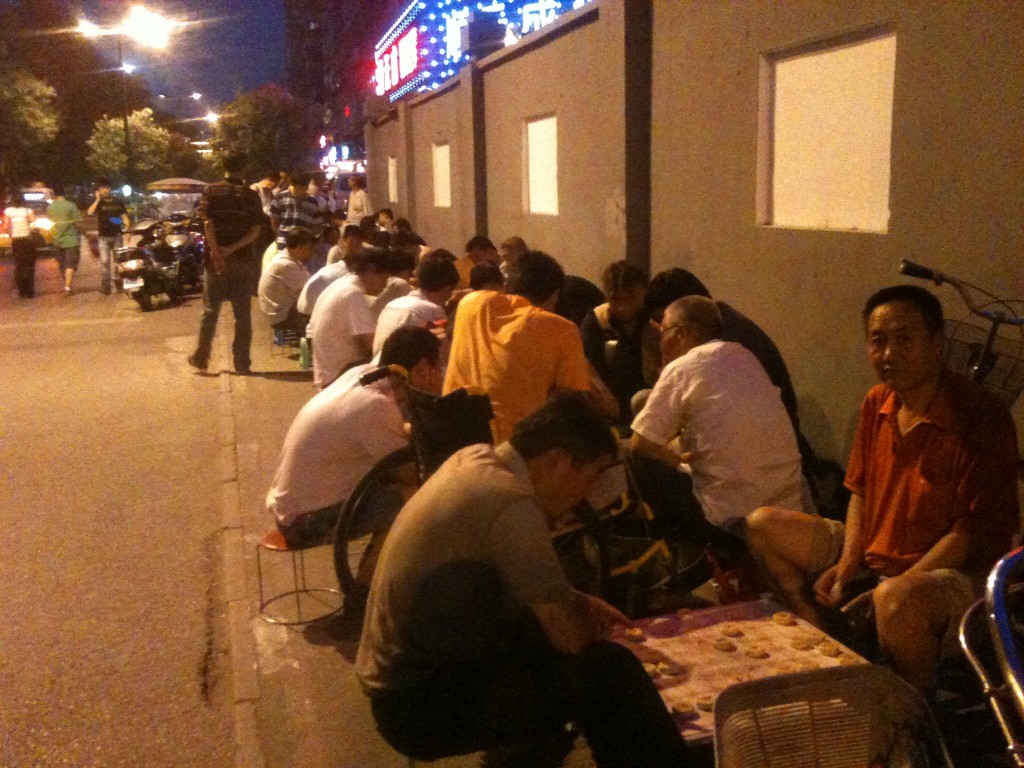 The people, for the most part, seems nice enough.  My Mandarin is improving so that helps communicating with the locals.  Jing and Lily introduced me to a bunch of people and we’ve made tons of new friends.  Although I’ve seen more drama here in one month than the past few years living in Texas and Virginia.  From Jing punching Lily’s boss to a married couple of friends having a “third-party” problem, I’ve begin to wonder if the level of drama is proportional to the amount of people living in a confined space.  Or maybe Chinese people are more prone to drama than their Western counterpart.

But all in all, things are settling in and life in Xi’an is getting quite enjoyable.  The work with Jing is going slowly but surely.  I’ve gotten my bearings and can get around the city by myself if necessary.  I have a cell phone that works and even a Bank of China bank account.  Even made a scouting trip to Macau for when Pat and Vinny come to visit.

Goes to show, things are not always the same as they first appear.  Just give it some time and the natural process that is adaptability will kick in.  I don’t regret my choice of moving here, anymore.