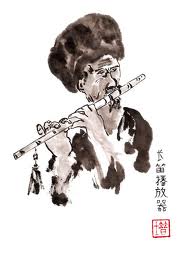 Did you know you should not say the phrase “chuī xiāo” (吹箫 – literally “blow flute”), even though you really mean to express the act of flute playing?  I learned this, embarrassingly, during one of our content design sessions, in which I was tasked with designing the lessons teaching musical instruments to our users.  When translating the sentence “I can play the flute,” I said in Mandarin “Wǒ huì chuī xiāo” (我会吹箫).  Our Chinese employees cracked up laughing.  Seeing the confused look on my face, they explained that chuī xiāo has become slang for ” blow job”.

“What should I say if I really want to express the activity of flute playing then?”  I asked.  They told me I should use the more formal “Chuī chángdí” (吹长笛) instead.

I’ve since learned other words and phrases that, when translated literally, are innocent, but have idiomatically morphed into something which are not.  For example, you should never say any words that are pronounced “ba” after any words that are pronounced “jī”, as in … “Let’s eat some chicken” (Wǒmen chī jī ba).  “Jība” is slang for the male genitalia, so you can imagine what “chī” (eat) “jība” implies. 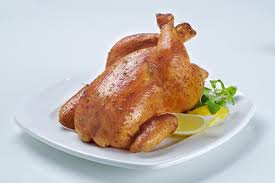 Even using the wrong format grammatically can get you in trouble.  When expressing someone’s mother (innocently), you should use two “ma”s (你妈妈) or inject a “de” (possessive connector) between the pronoun and the object, e.g. “Nǐ de māmā” (你的妈妈), “Tā de māmā” (他的妈妈).  The “de” and the second “ma” are very important.  You should not omit them, such as saying just “Nǐ mā” or “Tā mā”, or moving the “de” to the end by mistake… “Tā mā de”.  All three of the latter phrases are the shortened form of the curse phrase that involves inappropriate behaviors toward someone’s mother.

Another mistake I’ve learned not to make is to call a woman “xiǎojiě” (小姐), even though the word means “young lady”, “miss”, or “waitress”.  “Xiǎojiě” is slang for “prostitute” in many parts of China, calling someone that will likely get you slapped.  But, you can still use it along with a surname to address a person, as in “Wang Xiǎojiě” (Miss Wang).  Just don’t go around yelling “Xiǎojiě!  Xiǎojiě!” on the street to get someone’s attention.

Here are some other common slangs and phrases for you should watch out for:

飞机场 (Fēijī chǎng): literally means “airport” or “landing strip”.  But if you call a girl this you’re saying she has small breasts.

玻璃 (Bōlí): literally means “glass”, but is slang for a gay male.  The term is a play on the English phrase “boy love”, morphing into the phonetically similar “bōlí” in Mandarin.

带绿帽 (Dài lǜ mào): literally means to wear a green hat, but refers to a man whose wife is cheating on him.  It came from laws used in China from the 13th to the 18th century which required the males in households with prostitutes to wrap their heads in a green scarf (or later a hat).

小三 (Xiǎosān) or 二奶 (Èr nǎi) – literally “Little third” or “Second lady”.  Slang for mistress, as in the third member or the second woman.

大姨妈 (dà yímā) – literally means “the eldest aunt”, but can refer to a woman’s menstruation period.  As in “Wǒ dà yímā lái le” (my eldest aunt came to visit). 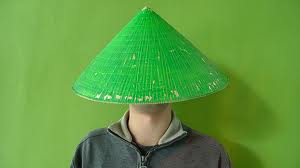 You can find more of these slangs by running a quick internet search.  Two useful pages I found include:   http://en.wikipedia.org/wiki/Mandarin_Chinese_profanity and http://www.chinasmack.com/glossary.

Slang and profanity can bring color and character to any language.  Studying the slang vernacular of a language, and their origins, can give insight into the culture from which they derive.  It may not be wise to utter these words or phrases in public, but it may be useful to look them over, not only for your amusement, but also to avoid any potential embarrassment.

But should you inadvertently utter something inappropriate, don’t worry.  Most Chinese speakers are quite forgiving when they realize you’re just learning the language.  The Chinese are very used to ignorant laowais.  Just don’t laugh hysterically after you’ve said it, because then you’re saying it on purpose, and deserve to get a slap in the face.

One response to “Learning Chinese: Things You Shouldn’t Say In Polite Company”