So I’m cleaning up my files and found a saved archive of my brother’s MySpace blogs.  I don’t know why I saved it 4 years ago, but it only took a few mouse-clicks and I figured what the heck.  Well, it’s 4 years later and he no longer uses MySpace.  He thought he saved the blog posts but can’t seem to find them now.   Lucky for him, I got them on my hard drive!

So, here ya go Vinny.  Your meager amount of blog posts from 2006-2007.  It may seem trivial, but it is a slice of your life.  Keep it safe, I’m sure it’ll give you some form of amusement when you’re an old and forgetful 80 year old man.

For attractive lips, botox.
For lovely eyes, lasik.
For a slim figure, go vegan.
For beautiful hair, get a wig.
For poise, don’t get up in the morning.

So, I was thinking… isn’t it weird that female breasts turn men on, but not vice versa (or is this not the case?), then I got to thinking, is “what turn you on” a natural thing at all, or is it all programmed by society and experiences?

Bare with me here (hehe pun), what if young male kids were taught that say, EYES, or more specifically, irises, are “forbidden” to be viewed in public, because of their sexual nature, and all females go around bare-chested, but with their eyes covered either via thin veils or sunglasses or some such… would the male-of-age then see breasts as an ordinary thing, like seeing an ankle, and would pop a boner if they get a glimsp of say, the color of a pair of eyes instead?

I mean, I am almost certain it’s possible to see breasts and go meh and not be turned on, i.e. viewing a classical nude painting, or in the case of indigeous tribes in places like Africa where it is common for male and female to go barechested, because of the climate, for breasts to not be this “object of sex”, like as it is for the young pubescences male of the modern western world.

Let’s say in an alternate universe where this is the case, that the irises are to be covered for revealing them in public is a sexual taboo (for both male and female)… let’s think of the implications here.

– Kinky eyewears, half a lid, slightly see through, velvet goggles… mmmm …
– Strip shows involving a big screen with the camera focus on the eyes …
– “Hey buddy, my boobs are down here” …
– Kissing with your eyes open …
– Streaking will be… quite interesting …
– Looking into each other eyes will be foreplay …
– Playboy and Playgirl magazines featuring pages and pages of peepers …
– Jennifer Conelly, Angelina Joline, George Clooney  … sexy sexy sexy …
and on, and on, and on… 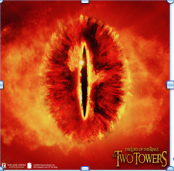 Why isn’t this a popular accronym?

I am going to start using it and hope it catches on right about …  nah, wgaf?

I just realized the other day that my two passions at the moment (and have been for a while) are… all things brain and all things space.

Space… well, I’ll get to that later.  Just know that I read a lot of sci-fi by the greats such as Sagan, Asimov, and C. Clarke, and although their works are fictions, their implications are profound and … quite plausible.  But again, later.

Now for the brain…

Amazon for the book “On Intelligence” by Jeff Hawkins.  It is an AMAZING read.  He discussed his theory of what it means to be intelligent and how he thinks the brain is built to support this.

* The brain stores EVERYTHING in patterns via neurons in the neocortex, regardless of the source.  i.e. sights, sounds, tastes, touches, thoughts, motor memory, every senses, once they passed into the higher region of the brain, are stores exactly the same.  There’s no difference for the patterns representing a visual image, a song, or the feel of your butt on a hot pavement.  They are all just neuron signals.

* The brain processes and groups everything in a hierarchy, meaning… it will group things together in sets, such as a face has 2 eyes, a nose, and a mouth, cheeks, chin, etc.  An eye have pulpil, eyelashes, iris, color…  A book have chapters, which have paragraphs, which are made of sentences, formed by individual words, words are letters… and so on.

* The brain does not store exact patterns, it stores relationship between patterns.  i.e. The eyes are these far apart, this big compare to the rest of the face, this color compare to other colors.  This is how you can recognize the face of your friend even if you see her in profile, from faraway, in a dark room.  He called this invarient representation.  Not only that, it doesn’t just stored a pattern for a “concept”, it stores both spatial and temporal patterns for them, i.e. it stores both the physical attributes of the “object”/”concept” (spatial), and how that patterns change over time (temporal), such as the feel of a coin as you move your finger over it.

* And finally, he theorize that all that Intelligence is, is the ability to remember (from experiences), and to make predictions base on those memory and what it is experiencing now.  Your brain is constantly making predictions, like for instance it is predicting how this sentence will end with a period as you’re reading this.  And it will instantly notice if the sentence is weird in some w@y.

So basically, the brain is a memory and prediction machine.  That’s not what being a HUMAN is though, we still have all the excessive garbage such as emotions and hormones and taxes… only that “intelligence” is part of our attributes.

The brain doesn’t “compute” answers and solutions, it retrieves the solutions from memory, base on current facts.  This is why you can catch a ball thrown at you easily, or instantly recognize a face in a crowded room, while if you were to program a computer or a robot to do this, it would be extremely difficult.

That is all intelligence is… memory and predictions, and it makes a lot of sense, as least to me.  He does go a bit into how creativity and ingenuinity are formed.  He also gets into very deep technical detail on how the neocortex and the rest of the brain do all of the above, but I won’t get into that.  Read the book 😛

Now if only I can redirect myself to doing something related to these 2 fields for a living … I would be one happy man.

You know what’s a great invention?  The OH SHIT bars in car.  So simple, yet so … genius…ish.  It goes straight to your fight or flight response.  When something goes wrong, you look for things to hang on to.

I wish there were Oh Shit Bars in everything in life.  Your office, your bed, space at interval on the sidewalks, right next to the toilet…

Other Oh Shit medium would be nice too.  Buttons, switches, a big fricking siren you can activate.  Something that let’s the world, and yourself, know, OH SHIT,  THIS IS NOT GOOD.

Also, everyone should have an Oh Shit Person.  Somebody you immediately run to when you’re in a state of pure panic.  My Oh Shit Person is my twin brother.  He probably doesn’t know it.  Other Oh Shit People are parents, siblings, significant other, George W. Bush.

God too, don’t forget him, but he probably doesn’t give a ratass.

I cranked this out in 10 minutes a few months back in a moment of pure geniusness, and posted it in some of my favorite forums.  Because it’s such an awesome display of pure genioussey, and I am afraid that it might be lost to time, I’ll just re-post it here for keepsake.  Enjoy!

The Wind Beneath my Wang:
– By Vinny

It must have been cold there in my shadow
To never have sunlight on that place
It was content to let me shine, that’s its way.
But I am always a step behind

It might have appeared to go unnoticed
But I’ve got it all here in my … err
I want you to know I know the truth, of course I know
I would be nothing without you

So my bro and I were doing our usual mindless rambling and musing while looking at http://kittenwar.com/.

And we were like, KITTENS ARE SO CUTE!!!!  awwwwww.  Why can’t kittens stay cute for ever?  Our cat Ajax was absolutely adorable… for about 3 months.  Then poofed, no more kitten-cuteness.

So  … we thought, what if?!?!?  (that’s how genius-ness always come about btw, what if …), what if we start a kittens farm and a service called “Rent-A-Kitten”? 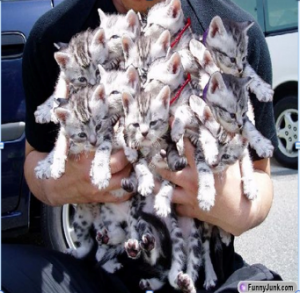 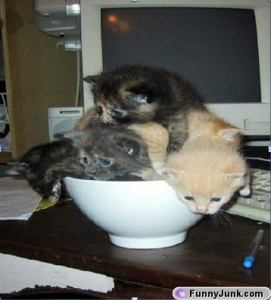 What do you do with the kittens after they’re returned?

Well, some can be use for breeding … the rest we can harvest.  Give them a nice gentle perma-sleep (pc term), then we can stuff them for decorations or toys, farm their body parts like their fur for soft coat or intenstine for violin strings, lament their heads to be hang on dashboards, etc. 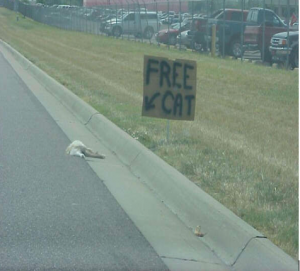 Coming to a personal hell near you.

Just went a bought a massage chair.  Quite expensive.  Impulse buy you say?  No, I been thinking about buying one for a while.  It’s all premedetiated.  Hopefully it’ll make my back happy.

I see it as an investment on my personal enjoyment… because … hell, if you can’t spend money on things that makes you happy, what’s the point?

… then again, you can say the same thing for every dumb decisions and purchases you have ever made … and that’s definitely frowned upon.  I mean, George Foreman Lean Mean Grilling Machine?  Comon!!!

One response to “My Brother’s Old MySpace Blog”