You would think that running and drinking wouldn’t go well together.  But there is this weird club for runners and drinkers call The Hash House Harriers that does exactly that.  The Hash House was started by a bunch of Brits living in Malaysia in the late 1930s and had spread throughout the Far East, Europe, Australia, and North America over the years.  Funny that I’ve never heard of it before until I moved to Xi’an.  When asked what exactly does the club do, the general consensus was that they are a bunch of drinkers with a running problem.  According to the wiki article, the club’s constitution consists of the following goals: 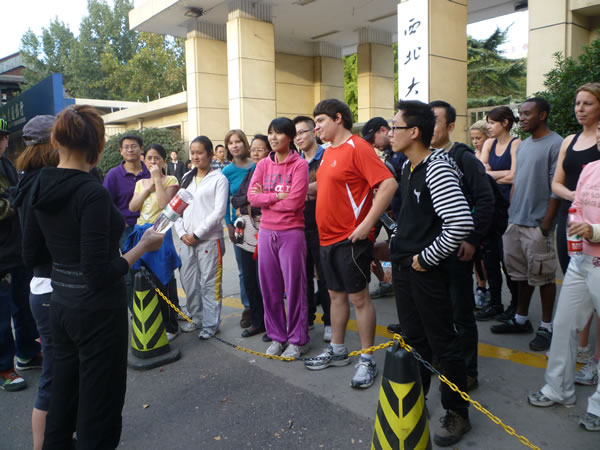 I attended my first Hash Run last month, by the urging of various “characters” that I met at the Belgian Bar in Xi’an.  It sounded like a good time.  We met that briskly morning in front of the Northwest University, a diverse group of expats and locals of different ethnicity in our best running attire, looking like we were having a demonstration against the non-existent chic fashion of Xi’an. 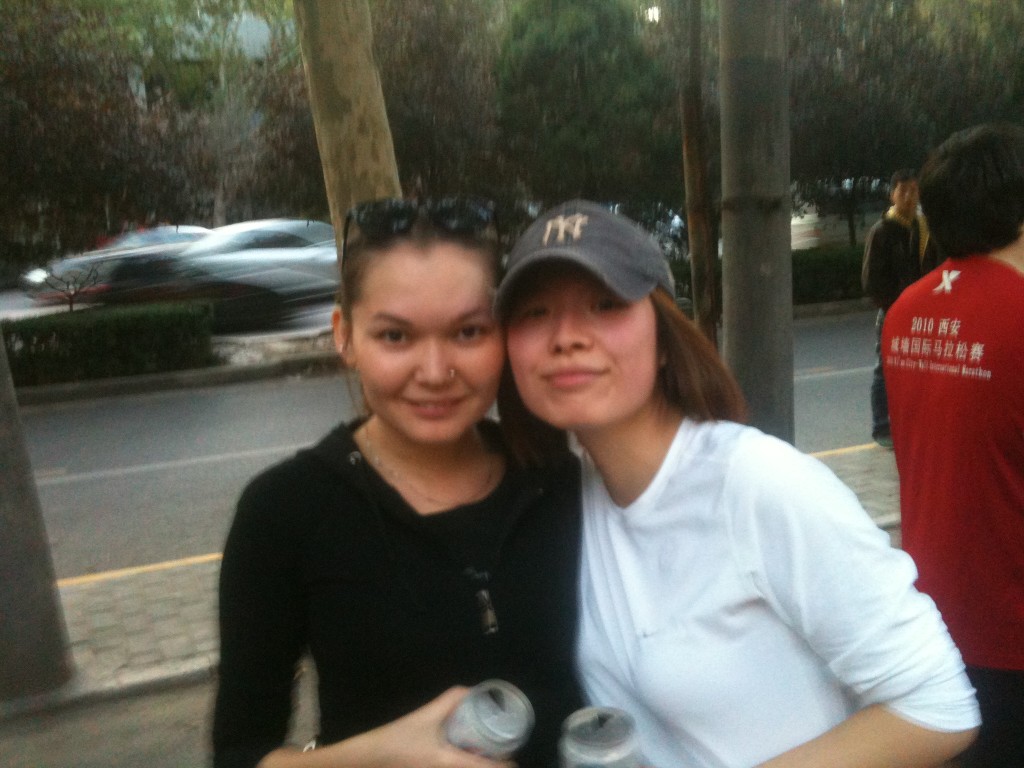 The two “hares” for this run were “Hot Karol” and “Rock Fondler” (members are given unflattering names after their fifth run).  Hot Karol explained that they have designed a trail for us “hounds” to follow, and had left clues on the streets of Xi’an by way of arrows drawn in chalk. 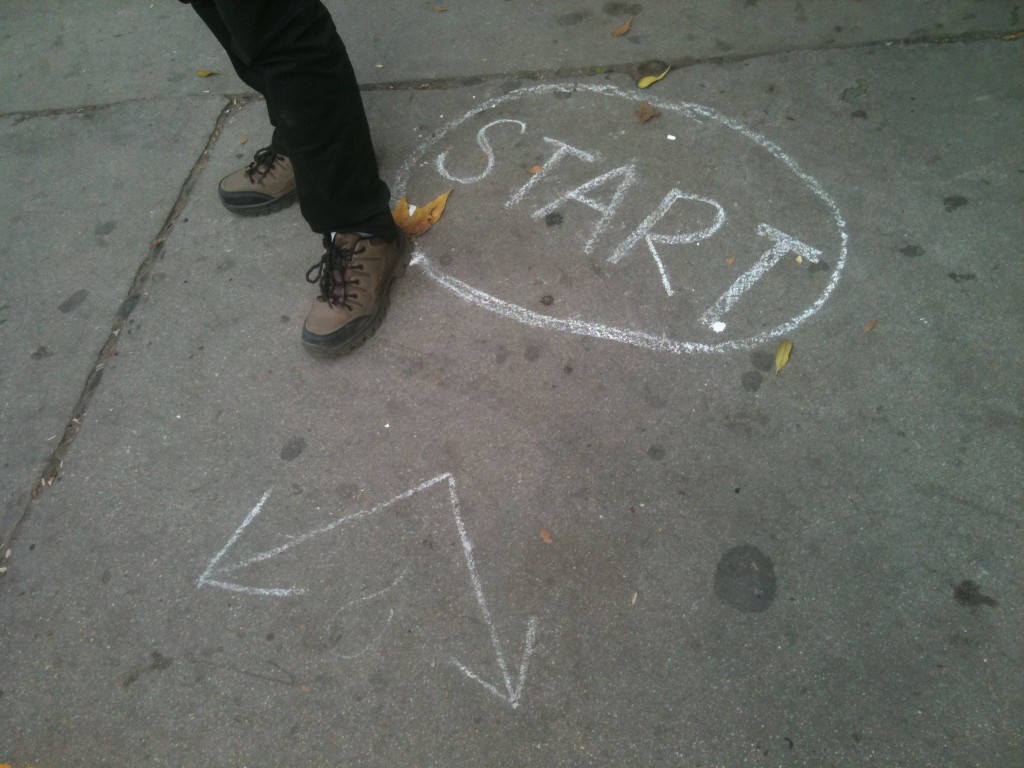 Follow the trail to the beer, they said, straightforward and simple.  What they failed to mention was that the trail would split, lead to dead-ends, circle back, and would eventually cause a bunch of exhausted joggers to loudly curse their names in frustration and scaring the locals. 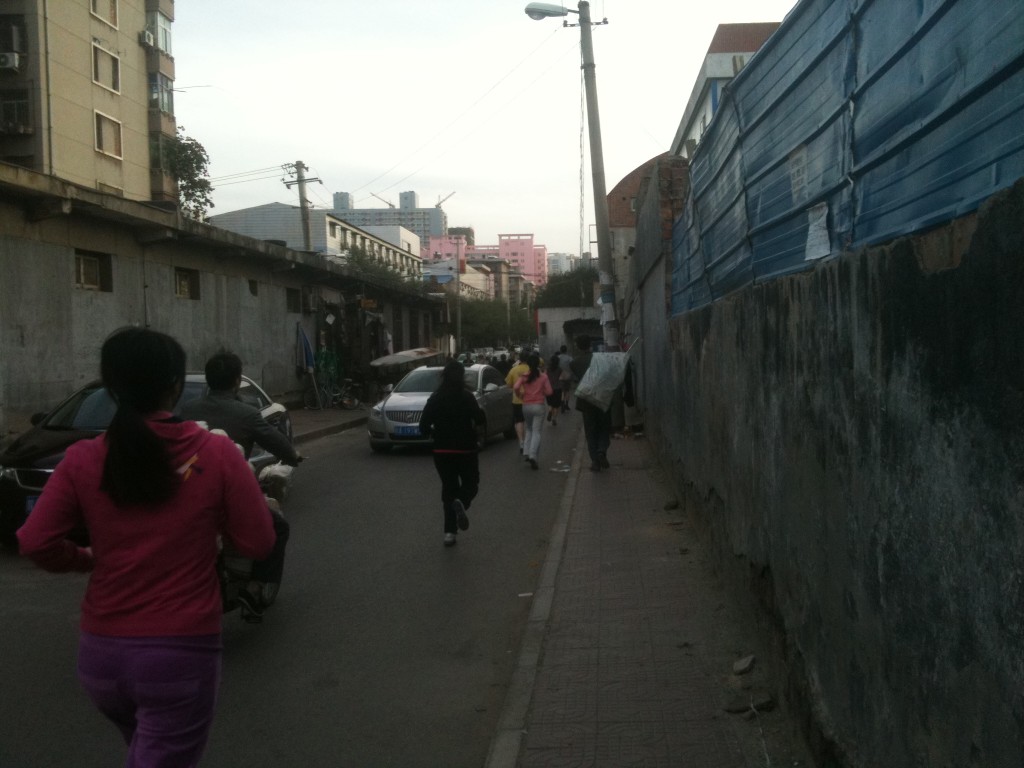 We ran through crowded intersections, dirty alleyways, and residential parks.  We ran up flights of stairs, across bridges, through the inside of a museum, dodging cars and pedestrians all the while yelling “On!  On!” every time someone saw a new arrow.  The bewildered locals must have thought “What the heck is wrong with these crazy foreigners?” as our group huff-and-puffed our way through the heavy Xi’an traffic.  Because of the numerous dead-ends the sadistic hares left us, it took us almost two hours to complete the run. 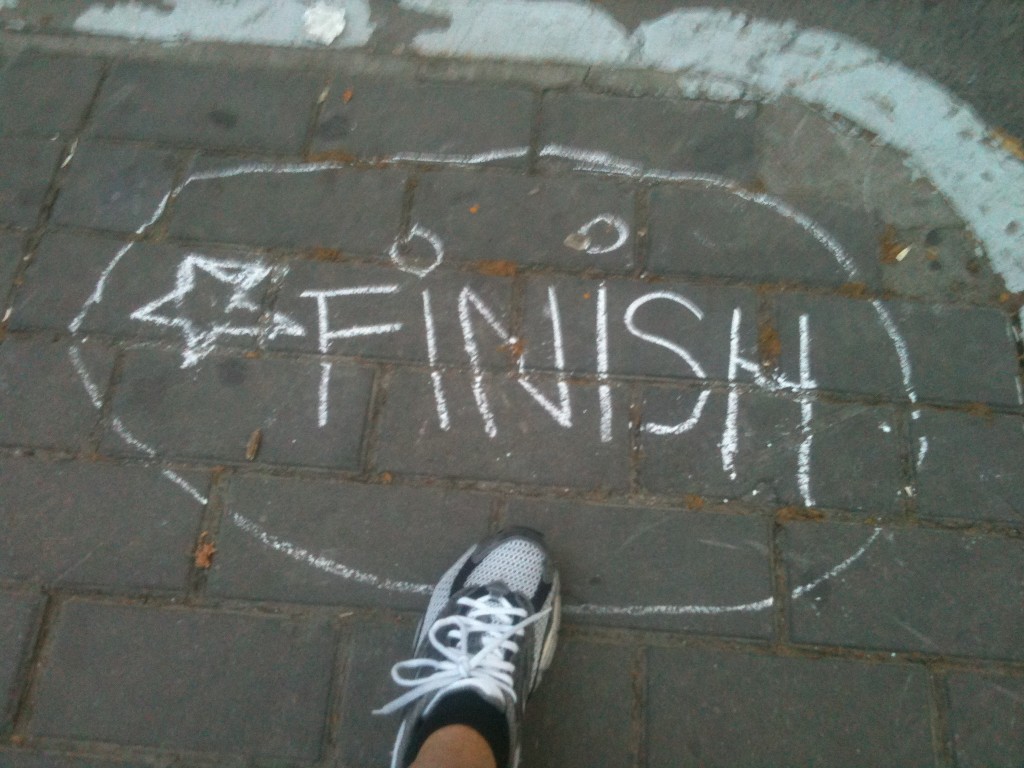 After the run we had what they called a “down down”, where we took over the sidewalk in front of a restaurant and proceeded to drink ourselves silly.  The “Mismanagement” team lead us through various club traditions such as welcoming the “virgins” (new members), giving out hash names, and reviewing “infractions” (penalties) for the run.  We must have looked like we were gathering for some important event, a few bystanders wandered by and looked on curiously.  It was quite amusing. 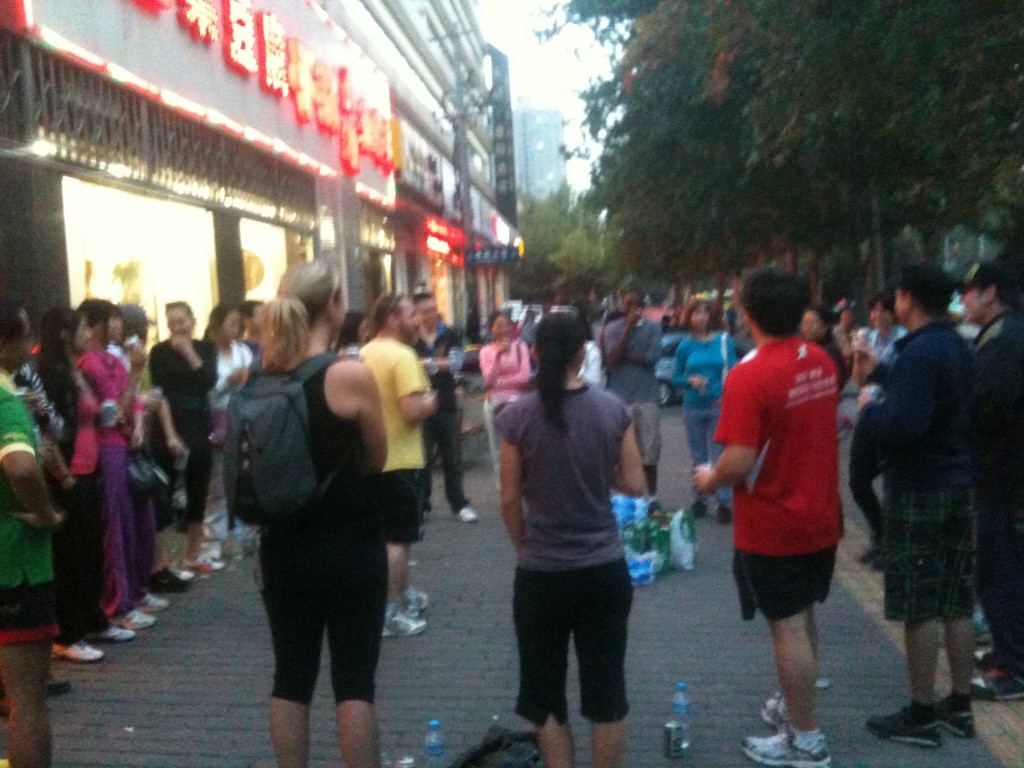 And then they made those of us unfortunate enough to wear new’ish looking shoes to our first run to drink beer out of them.  It was disgusting, tasting the beer mixed with the sweat of a foot that had just ran a few kilometers.  Don’t worry man, someone reassured me, alcohol kills germs! 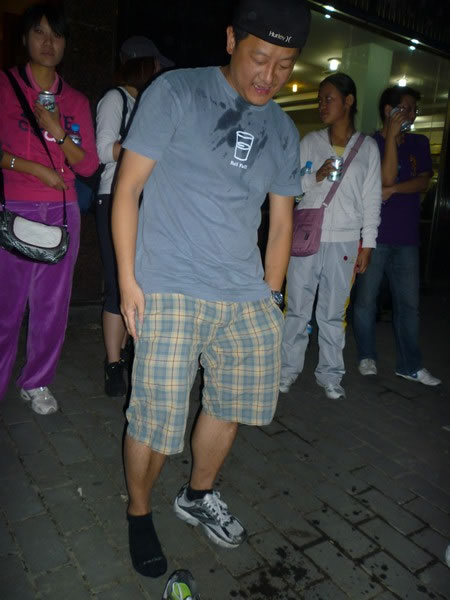 Afterward, we gathered our empty beer cans and headed into the restaurant for dinner and some more drinking.  Everyone seemed energized from the run, or maybe it was the buzz from the alchohol.  The food was delicious, the company delightful, and the beer satisfying.  It was a great day.  I look forward to the next run, where I’ll remember to leave my new shoes at home.

Here is a video of the run. It is quite amusing to watch 🙂

2 responses to “My First Hash Run”